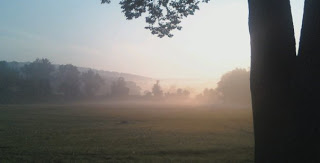 October 13, 2009 Janet 3 Comments
Hope. Hope?
My hope is in the creator – the creator of the world and of you and me. There’s many mysteries I don’t have answers to (and to my surprise the list of mysteries and questions is increasing instead of decreasing) but I still have hope.
Without hope, it’s impossible to keep going on this roller-coaster of life. Many days, I’ve lived on the thought that, “Tomorrow will be better than today” – that’s hope. Hope in something I don’t see, but I believe in.

I recently read these descriptions about hope. I love them and want to share them because I’ve had a health concern recently and cancer was on my mind, plus October is a month that most of us think about cancer more, since it’s National Breast Cancer Awareness Month.

In Erma Bombeck’s book called “I Want to Grow Hair, I Want to Grow Up, I Want to Go to Boise – Children Surviving Cancer” – a group of kids who had cancer were asked to describe “hope” as if it were an animal. Here are a few of the responses:

Kids can be profound. I found something in each of them that made me say, “Yes, that’s right!” I think my favorite is about Hope raising its voice to be louder than fear. After reading those kid’s descriptions, I wrote my own. My descriptions for hope are –

Do you have hope? What does hope feel like to you?
How would you describe hope?

3 thoughts on “Hope raises its voice …”