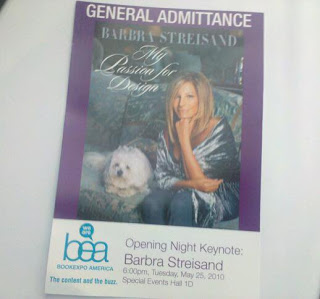 May 30, 2010 Janet 3 Comments
Last week I went to Book Expo America in NYC with a friend Janelle Hertzler. Janelle’s book has recently been published and she had a book signing and a podcast interview.
It was an exciting week, though at times it was overwhelming – there’s so many books out there already, why should I try to publish mine? But by the end of the show, I was inspired and now look forward to finishing and publishing my memoir.

Some celebrities are writers. This show had plenty of them:

Barbra Striesand will be a first-time published author this fall with a book about designing and decorating houses. She was interviewed by Gayle King. I was impressed with Barbra’s energy and creativity. She is constantly using her creativity in something – music/film/houses/gardens and now a book. 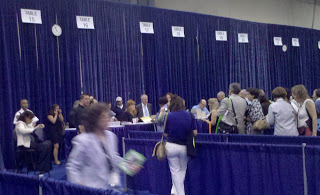 Sarah Ferguson – Duchess of York signing her children’s book.
People started standing in line at 1AM for her – I felt no need to do that, so I had a book signed by an unknown author near her that didn’t have a line – hence this lousy picture. 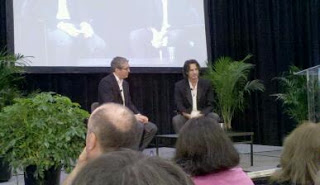 I’m now singing ‘Jesse’s Girl’ after seeing this interview with Rick Springfield. He has a memoir coming out soon – “Late, Late at Night”

This was my most exciting encounter – Sarah Reinertsen!
She is a full-leg amputee that inspired me post-accident. She was the first female leg amputee in complete the Ironman in Hawaii. She was on ‘The Amazing Race’ in 2006. I followed her various races and triathlons and decided if she could do all that, I could at least run again. So meeting her was sweet! And I look forward to reading her memoir “In a Single Bound” 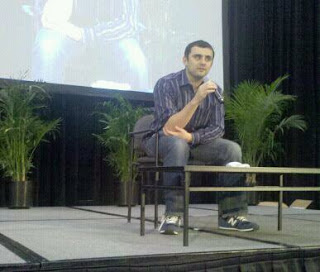 Love this guy – Gary Vaynerchuk and his first book “Crush It.”
Somehow I missed his name on the schedule (it was huge) but about 30 minutes before he spoke I was scanning the show’s twitter hashtag #bea10 and saw this:
@grayvee Speaking at downtown stage on the main floor at #bea10 speaking at 3pm be there or … I’ll cry 🙂 2:34 PM May 27th
I went, as did many others, so he didn’t cry – he was passionate as usual. I’m looking forward to his new book this fall: “The Thank You Economy.” 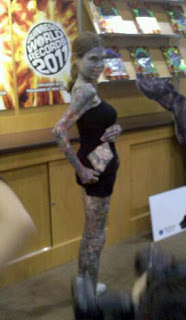 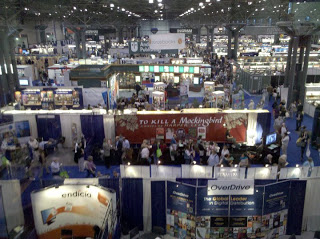 This is one-tenth of the exhibitors floor – yes, my ADD was in overdrive. There were many authors there that aren’t celebrities (yet). I’m just as (or even more) excited to read their books. 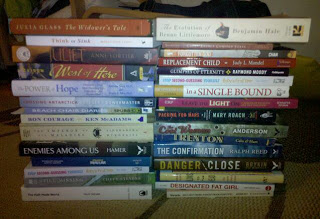 I came home with a ‘few’ books – for me, for my boys and some for gifts. 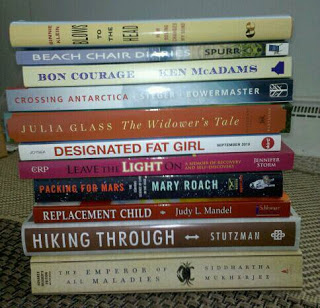 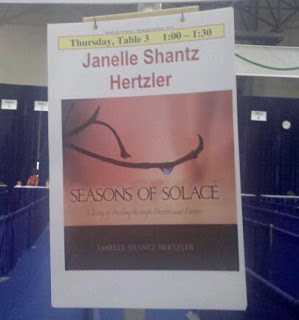 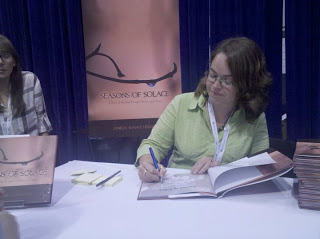 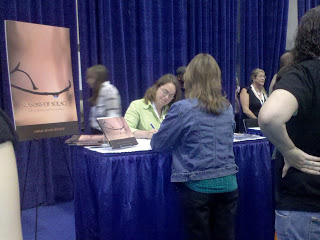 She had people in line the whole half-hour of her signing time. Everyone loved her book, one even called it
the most beautiful book at the show!
So if you don’t have a copy of “Seasons of Solace” – now’s a good time to get it 🙂 Either for yourself or a gift for someone that is dealing with a loss.
So if you would have been at the show – which genre of books would you have picked up? Is there one particular genre or would you have looked for books in different genres that sound/look interesting?